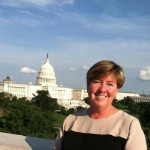 Cheryl Brolin Byrne is a seasoned communications professional with a traditional public relations background, a focus on crisis management, and a particular expertise in managing issues and reputations online. Cheryl has more than 25 years of experience in developing public relations strategies that integrate traditional tactics with new and social media opportunities.

Cheryl is a strategic thinker, a great writer and a social media maven. She has developed and executed strategic communications plans and trained companies and third-party supporters on using blogs and social networking to tell the brand story.  As an independent consultant, Cheryl currently works with the International Dairy Foods Association, a trade association representing 550 companies within a $125-billion a year industry.   Other clients include a Wisconsin-based trade association, a non-profit affordable housing developer in Northern California, and a full service technology and networking firm.  She also provides pro-bono counsel to a number of women-owned businesses across the country.

From 2001 until October 2008, Cheryl was a senior vice-president and partner at v-Fluence Interactive Public Relations, working with companies and trade associations including PhRMA; the National Cattlemen’s Beef Association; Astra Zeneca; Fresh Express, during a salmonella crisis; Anheuser Busch; and Monsanto, including their Government Affairs, Biotech Acceptance, and Operations divisions.

Cheryl began her public relations career in politics, in the neighborhood development and public facilities units at Boston’s City Hall, and also served as a weekend press secretary to Mayor Raymond L. Flynn.  Cheryl was the assistant director of communications for Handgun Control, Inc., working on passage of both the landmark Brady Bill and the ban on assault weapons.  She was the public affairs director for the Occupational Safety and Health Administration (OSHA) at the U.S. Department of Labor during the regulatory reform frenzy of the early 1990s.

A native Bostonian, Cheryl graduated from the University of Massachusetts/Boston and participated in the advertising and public relations certificate program at Northeastern University.  She lives with her family in Marblehead, Massachusetts.