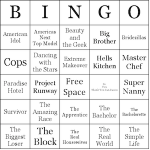 I blame OJ Simpson for reality television.  Oh, I know that technically it was the writers’ strike, and that MTV’s The Real World, the longest running reality show often credited with launching the genre, pre-dated the murders by a few years. But from the minute the news broke on June 13, 1994 that Nicole Brown Simpson had been killed, her throat slashed and a young man dead beside her, we were glued to our television sets.

Evidence at the scene led police–and most of America–to believe OJ Simpson, The Juice, beloved football player, broadcaster and actor (The Naked Gun!), had murdered his former wife. A few days after the killings, OJ was supposed to turn himself in to the Los Angeles Police Department. With more than 1000 reporters waiting, he failed to appear, and the LAPD issued an APB.  A friend of OJ’s, later his defense lawyer and embodiment of eerie foreshadowing, Robert Kardashian read a letter from OJ to the assembled media throng, that stated “First everyone understand I had nothing to do with Nicole’s murder … Don’t feel sorry for me. I’ve had a great life.” It sounded a lot like a suicide note, and everyone started looking for OJ.

And that is the moment when everything changed. Although I do not usually rely on Wikipedia, I am going to trust them on the specifics: “At around 6:20 p.m., a motorist in Orange County saw Simpson riding in his white Bronco, driven by his friend Al Cowlings, and notified police. The police then tracked calls placed from Simpson on his cellular telephone. At 6:45 p.m., a police officer saw the Bronco, going north on California Interstate 405. When the officer approached the Bronco with sirens blaring, Cowlings yelled that Simpson was in the back seat of the vehicle and had a gun to his own head. The officer backed off, but followed the vehicle at 35 miles per hour, with up to 20 police cars participating in the chase.”  The now famous low-speed chase was also being watched and filmed by 20 helicopters, most of them from news agencies.

I watched it. The whole thing. Did you?  95 million of us did.  All three television networks and CNN, as well as local news outlets interrupted their regular programming. Wikipedia adds that, “While NBC continued coverage of Game 5 of the NBA Finals between the New York Knicks and the Houston Rockets at Madison Square Garden, the game appeared in a small box in the corner while Tom Brokaw covered the chase. The chase was covered live by ABC News anchors Peter Jennings and Barbara Walters on behalf of ABC’s five news magazines, which achieved some of their highest-ever ratings that week.”  Spectators and on-lookers packed overpasses along the white Bronco’s route.

He didn’t, and the subsequent trial—a televised Roman spectacle, or a soap opera, or both–followed.  I watched as much as I could despite my day job at the Occupational Safety and Health Administration.  I had a couple of televisions in my office, so that helped keep me current, and a lot of the trial aired in prime time, given the time difference with Los Angeles.  I knew every character.  From Marcia Clark to Mark Fuhrman, from Kato Kaelin to Christopher Darden, from Judge Ito to Johnny Cochrane. I knew the reporters covering the trial, David Bloom, Kelly O’Donnell.  I waited anxiously to read Dominick Dunne’s monthly reports in Vanity Fair.

It was sordid.  It was sensational, in every sense of the word.  And it was mind-numbingly stupid. The glove. The goddam glove.  Hardened and shriveled from being drenched in blood.  Of course it didn’t fit! The idiot detectives and the idiot prosecutors.  F.Lee Bailey, for god’s sake!

But in spite of the lunacy I saw play out every day on my screen, I never thought that OJ Simpson would be found anything but guilty. Never. We watched the verdict sitting around OSHA’s conference room table.  We were old, young, political appointees, career government employees, men, women, black, white. As the words “not guilty” hung in the air, the reactions around our table split cleanly along racial lines: the white people gasped in disbelief and went silent. The black people gasped in disbelief, and then let out whoops of joy. You could hear the cries from all over the building.

I was dumbfounded, and later asked my secretary, who fell into the opposite reaction camp from me, which is to say she was black, how she could celebrate. Had she followed the trial? Did she really believe he was innocent? She answered that no, not she nor anyone she knew believed for a second that he had not murdered Nicole Brown Simpson and Ron Goldman.  But for once, she smiled and told me, the money of a black man had accomplished the same as it had for generations of white men, for Ted Kennedy. That a rich black man could get away with murder, too.  As hard as that is to accept, it is even harder to argue with.

And so it was over. There would be no public execution, just as there was no public suicide. I was disappointed in the unsatisfying ending.

20 years later, we are still hungry for the spectacle. As Kati Johnston wrote on MSN Entertainment, “What could be better, you ask, than being a celebrity? Why, watching celebrities make idiots of themselves and basking in the Schadenfreude-liciousness of it all.”

Many reality shows are only about that–being a celebrity. Celebrity boxing, celebrity fitclub, celebrity apprentice. Or about rich women, cheating, spending outrageously, drinking, doing drugs—which sounds a lot like what we heard from OJ’s defense team during his trial, which, you’ll remember, included the first of the Kardashians to become a household name.

You can be sure it’s coming, the on-camera, pay-per-view death. We have been watching. And waiting. For almost twenty years now.